Western Pennsylvania based non-profit ministry organization, sharing the love of God & the outdoors.

This organization is about building relationships and providing opportunities in making memories while introducing people to outdoor activities that they possibly want to try or continue to enjoy. Some may have special needs or medical conditions, enabling us to fulfill their wishes in different than usual ways. We strive to teach safe and ethical techniques and tactics along the way. Experience how God, our Creator, provided all these things for us to share and how you can accomplish a closer walk with Him! We’re all-inclusive and family oriented. 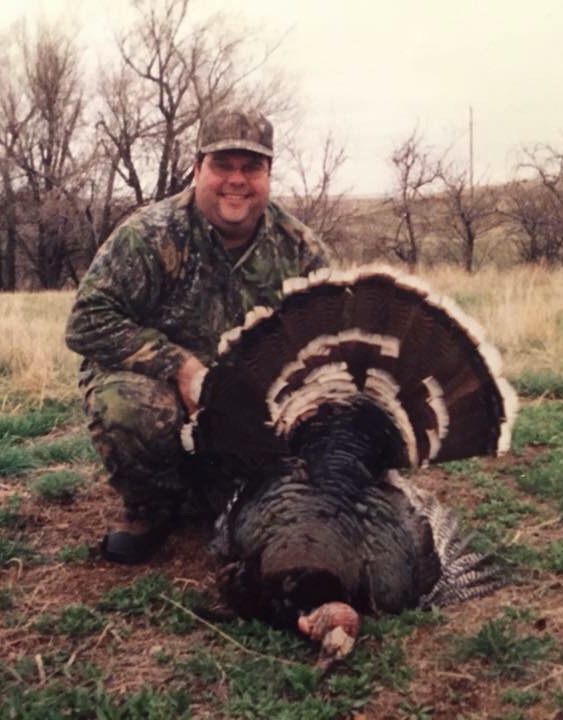 Gene has been a long-time volunteer & mentor through numerous outdoors organizations & promotes wise wildlife management practices that God has charged us with since the very beginning. He realizes the importance & impact of well-organized outreach & believes in coupling that conservation with building relationships, providing opportunities & assisting others in making great memories that may otherwise never occur. Most recently, he also serves on the board for the Erie Co. Chapter of the Christian Bowhunters of America & actively supports the efforts & events of Nevin’s Hunting Friends.

– “There are many great people involved in the outdoors industry, constantly exercising efforts in recruiting & increasing the numbers of active participants. FRO will do just that AND encourage people of all ages, backgrounds & situations onto an adventurous journey they may’ve never imagined. Life’s all about choices…He is waiting.” 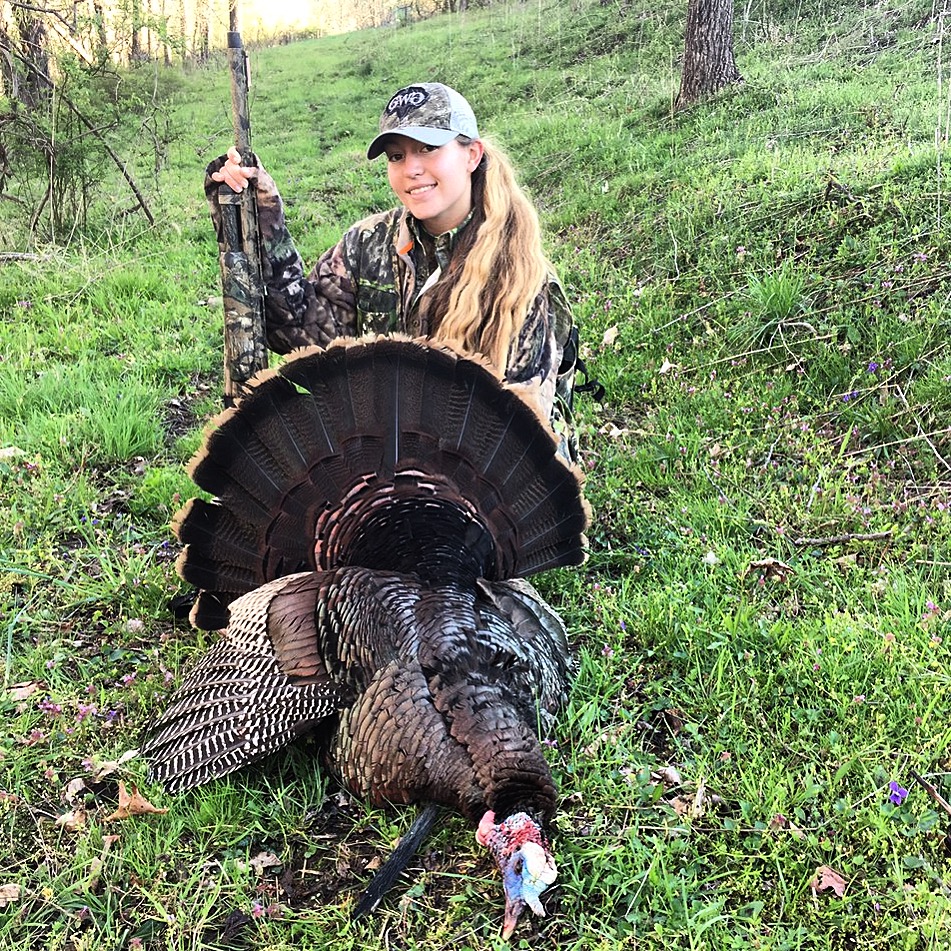 Haylee is an avid hunter & competitive turkey caller. She’s spent much of her younger years in the outdoors with firearms, archery equipment & fishing poles due to the dedicated mentoring of her dad. She took her first longbeard on video at the age of 10, then entered her first calling contest at the age of 12 & was the only female contestant, which she’s found to be the case at many contests. She’s been hooked, ever since, though, & has taken 11 state titles & has won or placed in over 45 contests! She’s the first woman to win a title at the WV State Championship & has won titles in the Women’s & JAKES divisions for 3 consecutive years at the OH State Championships! Haylee enjoys calling & speaking at WITO & JAKES events, which are outreaches of the NWTF, promoting the outdoors, hunting & calling to women & youth from all walks of life. She’ll graciously & humbly lend a hand wherever it’s needed & is currently sponsored by Girls With Guns Clothing (CA) & Blackstone Custom Calls (OH). Last year, she took the biggest measured eastern turkey by a woman in the state of WV & it currently ranks #24 (ATYPICAL) in the world for women.

– “I’m grateful that God’s blessed me with my abilities & talents.” 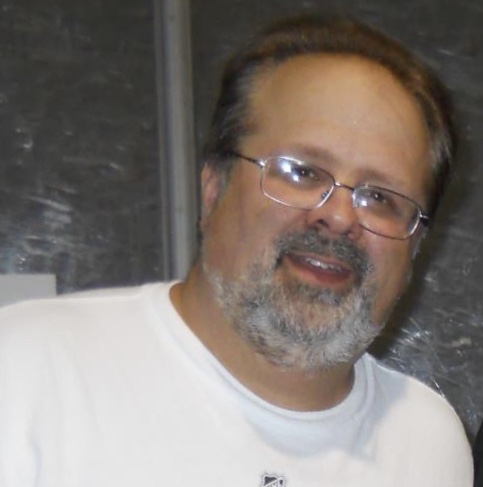 Russ & Gene have been life-long friends. He graduated from Johnstown Christian School & lives in Hollsopple with his wife of over 30 years, Darlene. He is currently a Logistics Specialist at Five Star International. Russ & Darlene enjoy summertime rides on his motorcycle.

– “I feel honored & blessed to have been asked to serve the Lord through this ministry.” 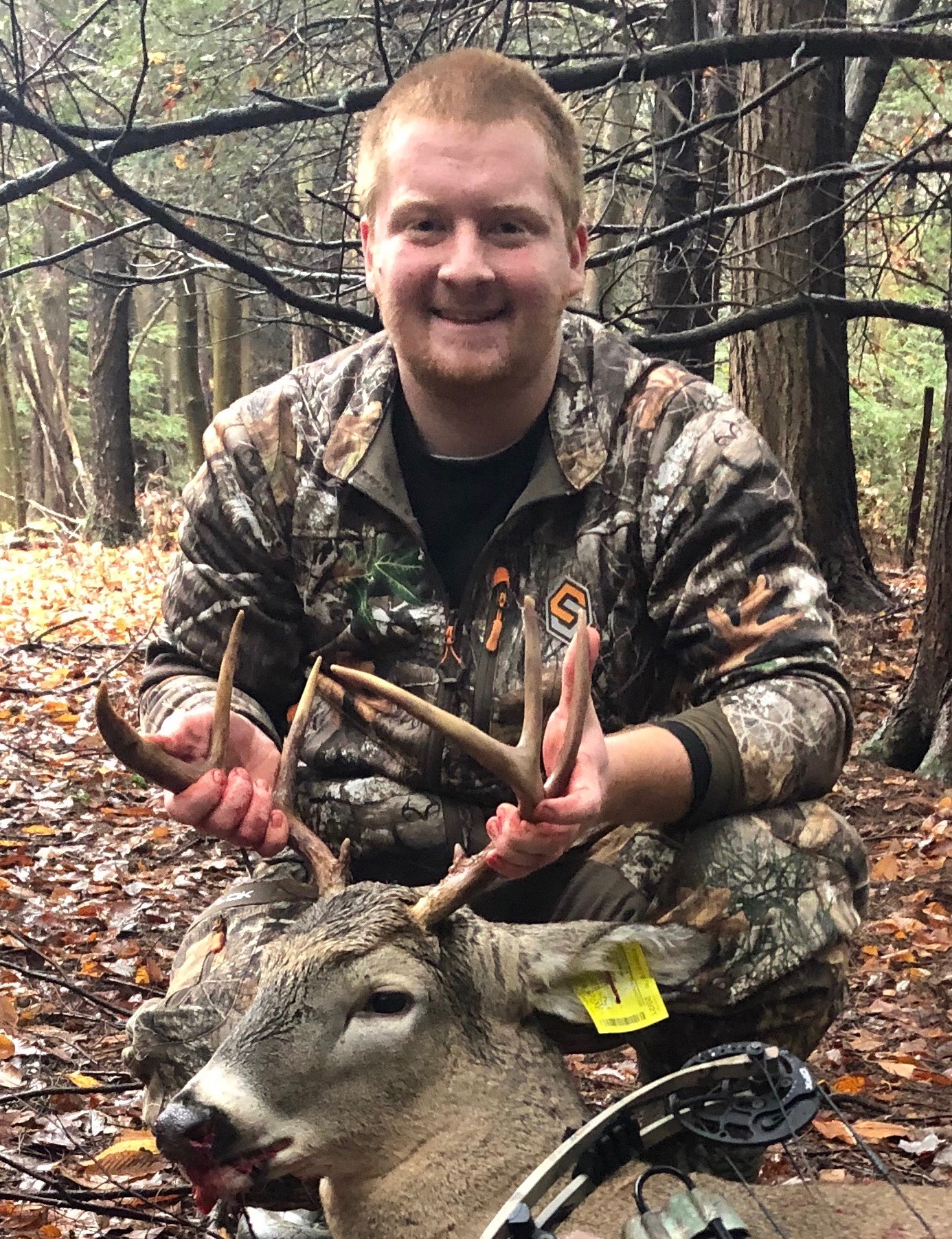 Brad Lehman is a natural in assisting with our events & activities. He enjoys spending much of his spare time in the woods during the archery & firearms deer seasons. He’ll gladly mentor someone who’s new to outdoors pursuits as they acquire knowledge in becoming safe & ethical participants.